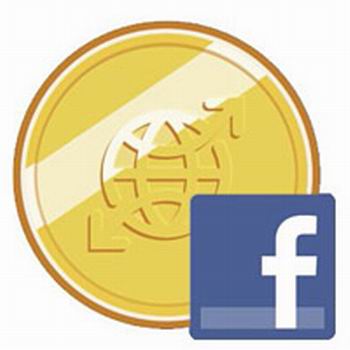 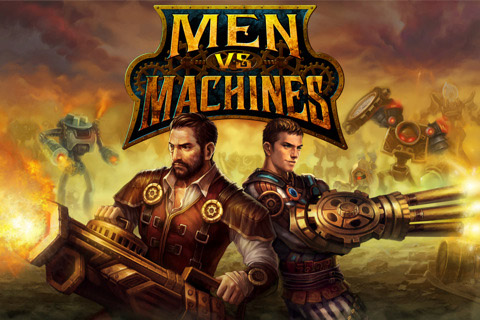 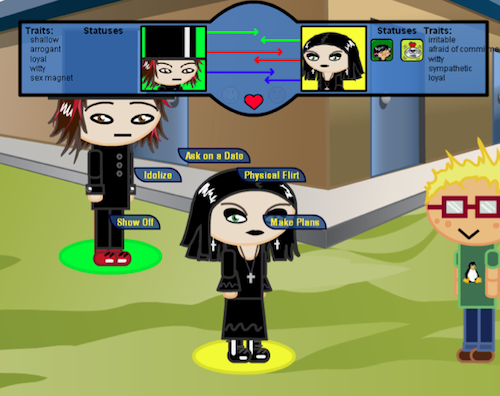 FooBrew was founded in 2008 and based in San Francisco. Its flagship JamLegend product offered a Guitar Hero-style experience, except users could play through their browsers and upload/play their own MP3s (free accounts could upload only a few, while subscribers could upload more custom tracks).

The developer revealed in a blog post that after attracting some two million users, it is shutting down JamLegend on April 29 to “move on to new ventures”. It has already stopped accepting new registrations and subscriptions/extensions, and is offering refunds to some VIP members and players with leftover JamCash.

Though the social game company hasn’t released a comment on the arrangement, Zynga has added FooBrew’s team to its worldwide work force of more than 1500 employees, according to a report from TechCrunch. This is the developer’s twelfth studio or talent acquisition in the past eleven months.

Last November, Electronic Arts signed a five-year deal to adopt Facebook’s new universal virtual currency, and the social network is making Credits mandatory for all games after July 1, but Playfish says it’s also making the switch due to quality considerations.

“We think that having individual game currencies in connection with Facebook Credits is a better user experience,” said Playfish’s Publishing and Product Management VP C.J. Prober in an interview with Inside Social Games.

“We’ve always taken the high road and really been focused on the consumers from everything from virality to payment methods,” he added. “Credits provides a much more seamless purchasing experience across the whole platform.”

The London-based firm also notes that there were difficulties with using the proprietary Playfish Cash currency, noting that it couldn’t offer discounts or change prices in one game without impacting the virtual economies for all its other titles at the same time.

To help with the transition, the developer is allowing players to exchange their Playfish Cash for individual game currencies for a limited time. It’s offering bonus in-game items to those users who make the exchange, too.

Glu Mobile launched another social mobile game for the iPhone, iPod Touch and iPad users – Men vs. Machines. Sporting steampunk-styled “killer 3D visuals,” the new title sees you taking a retro journey for survival in a revolution against the “vicious robot army G.E.A.R.” Your goal is to defeat the machines with mechanically-powered weapons to ultimately secure humanity’s survival.

Since this is a social title, you can add your friends from Facebook and Game Center to help you out along the way. An array of available weapons and armors is there, some of which are earned as your progress in the game whereas some others – bought. As you pick various enhancements, you will be customizing your character and the same is true for your buddies, together with whom you’ll be fighting evil robots…

Commenting on the Men vs. Machines launch, Glu’s Giancarlo Mori (Chief Creative Officer) said: “We know that both hardcore and casual gamers want the ability to play games with their friends. Along with state-of-the-art 3D graphics and gameplay, Men vs. Machines brings a dynamic social experience to mobile gaming.”（Source：Intomobile）

Last Friday at the Inventing the Future of Games symposium hosted by the University of California at Santa Cruz’s Center for Games and Playable Media, students showcased Prom Week, a social simulation game built for Facebook. The game presents some interesting challenges for games that go for deep social integration with Facebook’s social network features.

Prom Week is an experiment in artificial intelligence-based design that builds on the complex network of social interactions between humans confined to the same social group. The game plays out over a series of chapters, each starring a different character, in the school week leading up to prom. Within each chapter, players take the role of a specific character within the high school that has a goal to meet in order to enjoy prom (e.g. “Become Prom King”). Guiding the player through a series of dialog trees, the player can interact with other characters in the school and shape the social landscape. The nerdy character, for example, might break up with his nerdy girlfriend and date the popular girl in order to satisfy the goal of “Dating Popular Girl,” or he might try to make his existing girlfriend popular through social interactions like befriending a bully or making enemies of a science geek.

It sounds like satire and certainly has the potential to be depending on the tone of the written dialog. The unique thing about Prom Week, however, is the game’s ability to remember the complex layers of social interaction between characters throughout the game. For example, while trying to make the nerdy girlfriend popular, the player might try to make her interact with a skater boy character to make friends. The skater boy, however, will remember any bad thing the nerdy girlfriend might’ve said about him to another character by virtue of gossip and then shut her interaction down with a reminder that she’d said bad things about him. Other lifestyle simulation games offer this mechanic, but only in a limited scope. For example, in The Sims 3, the game might register an intense dislike between two characters as a result of the player’s manipulation, but the game itself has no “memory” of why the two characters don’t get along. This distinction is what makes Prom Week more of a “social physics puzzle” than a high school dating simulation.

What makes Prom Week’s integration with Facebook interesting is the complication of an actual social network. Josh McCoy, one of the student developers on the title, explained that his team wasn’t sure how best to implement social features into Prom Week without creating an uncomfortable user experience. For example, the game could use players’ friends lists to find people the player actually went to high school with in real life and then generate actual in-game characters based on those connections; but how much fun would that really be for a user? True, the information about with whom a Facbeook user went to high school is mostly public depending on user settings, but in-game interactions with virtual representations of these people is something McCoy and his team view as private.

For now, the Prom Week team hopes to add in-game achievements and replay functionality to the game during its beta phase. The goal is to get the game live on Facebook by the end of August or in early September in time for the start of the 2011/2012 school year. As the game is an academic research project, it will not use any monetization features. Find out more about the game on UC Santa Cruz’s Center for Games and Playable Media site.（Source：Inside Social Games）

“As the current and long-term growth potential of the social gaming market has posed tremendous opportunities for online communities, we’ve dedicated our resources to transitioning hi5 from a social networking property to a leading social gaming destination,” said Bill Gossman, CEO of hi5. “Today’s announcement is particularly significant for hi5 because the new categorization reflects a culmination of the hard work dedicated by our company and our partners to successfully begin pivoting hi5 into the social games industry.”

comScore categorizes web sites based on two-thirds of the content representing the category with the entity. Over the last year, more than 110 social games have launched on the hi5 platform, including many Facebook titles, such as Millionaire City, Backyard Monsters, Barn Buddy, Resort World, and Bush Whacker. In addition to gaming-specific content acquisition, significant changes were made to the site experience and messaging in order to reflect the company’s new direction into social gaming.

“We’re currently launching two to three social games per week, and we have over 400 games in the pipeline,” said Alex St. John, President and CTO of hi5. “While we are still undergoing a major transformation in building a deep social gaming experience throughout the site, today’s announcement is a major turning point for hi5 along the way.” （Source：sys-con）

Wonderful City Available for Play Today on Quepasa.com, With Orkut and Facebook Rollout Planned for May in Partnership With Mentez

Developed by the company’s Quepasa Games division, Wonderful City is available to play today as a beta version on Quepasa.com. The official launch is planned for May, and in partnership with Mentez, a leading social game publisher in Latin America, the game also will be launched on Orkut and Facebook.

“We’re excited to introduce Wonderful City as the first social game developed by Quepasa Games, our new social game division formed by our acquisition of Brazil-based TechFront Studios in March,” said Quepasa’s CEO John Abbott. “As a developer, publisher, and distributor of social games, we can now command a greater proportion of the revenues associated with games published on our Quepasa.com platform, while also participating in additional revenues streams generated on other social networks, like Orkut and Facebook.”

“We expect our new partnership with Mentez to accelerate the monetization of Wonderful City across these other networks, as Mentez has established a portfolio of popular games that already reaches more than 22 million active users weekly,” added Abbott.

Mentez specializes in helping developers promote and monetize social games and other applications on social networks, particularly Orkut in Brazil, where it publishes four of the top five most popular games on the site.

Sharing — As you build your city-by-the-sea, you will be invited to share your creation and vision with your social network.

Quests — By completing certain quests, you will receive rewards that allow you to grow your city and population.

Characters and Decorations — Wonderful City incorporates regional and Latin American characters and ambiance in order to differentiate from other city building games.

Residences and Wonders — Like all Latin cities, yours will contain localized residences (favelas) and wonders that are only found in cities-by-the-sea.（Source：Marketwire）