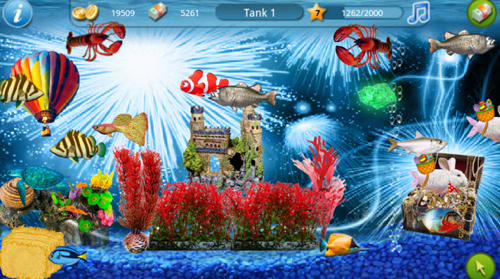 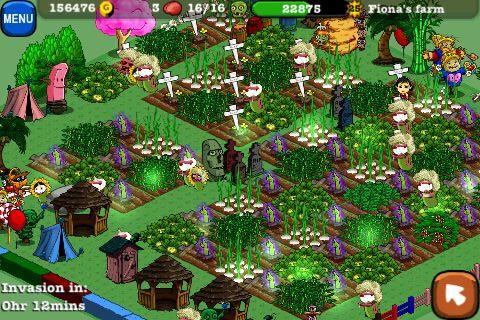 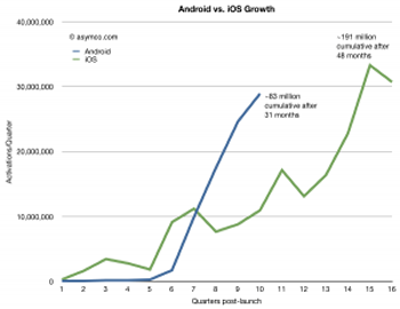 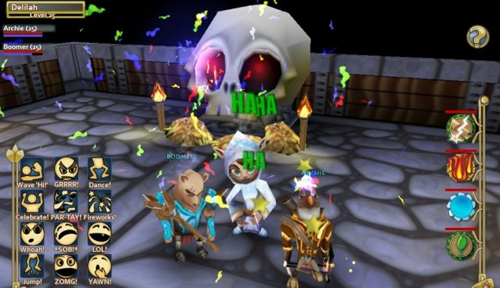 It’s now assumed that successful iOS releases will attempt to mirror their performance on Android.

Gameview’s Tap Fish, which has already enjoyed 10 million downloads on the App Store, has just made the leap to Android Market.

And 18 days since launch, the firm claims installs are already over the 500,000 mark.

“Consumers have clearly embraced it, and there are several key distribution and monetisation opportunities that make it very appealing to us as developers.

“But the biggest reason we ported Tap Fish over to Android was the sheer volume of requests we got from consumers who had seen the game on their friends’ iPhones or heard about it online and simply had to have it for their Android devices.”

Such demand has lead to Tap Fish topping the free casual games charts and hitting the number five spot in the overall free games run down.

More impressive perhaps, the seven day retention rate for the Android version is over 85 percent, with users logging on more than three times a day and collectively registering 1 million visits to neighbour’s tanks. （source:pocketgamer）

The fall out from Apple’s decision to start rejecting updates to games using app incentivisation systems such as Tapjoy’s continues to fascinate.

One company operating in the same paid install space, but not using the same method, is US outfit MdotM.

Its business development director Rodney Witcher says he’s pleased with the changes Apple has made.

“Eliminating incentivised installs is great for the ecosystem,” he argues.

“Incentivised pay-per-install, which has from the beginning been 100 percent about gaming the App Store rankings, is unhealthy.”

For love, not money

This view is based on the company’s business model, which uses installs generated by people clicking on in-game advertising banners, without any incentives being offered.

“This change means freemium developers who have done very well with incentivised pay-per-installs will have to shift to banner installs, which is great for platforms like MdotM that excel at delivering real users who will do in-app purchases.

“Banner CPMs will go up for all, margins for freemium game developers will go down a little, users will do more in-app purchases, and users will see non-gamed [App Store] rankings.

“We thank Apple for making this change and are looking forward to working with developers to drive quality users to their applications.” （source:pocketgamer）

It’s a worrying time for Tapjoy, and the iOS developers and publishers that use its incentivisation per-install model.

One such is iPhone freemium game Zombie Farm.

But despite the uncertainty, Thomas Chung, veep and general manager of developer The Playforge, says he can see why Apple would move to stop the business.

“It doesn’t want anyone gaming the system, because it leads to a diminished consumer experience,” he explains.

“The consumer experience is something Apple cares a lot about and it’s something developers such as The Playforge care about too. From that angle, we’re not looking to bite the hand that feeds, so ultimately we’re in favor of actions that create a better consumer experience, which will lead to a stronger long term ecosystem.”

However, this feeling is tempered by the fact that Tapjoy’s service has been important for Zombie Farm, which has been downloaded over 11 million times on iPhone, and was the only top grossing freemium games in Apple’s 2010 iPhone list.

“It’s one less tool developers have to get their content discovered,” he says, of Apple’s decision to reject updates to games that use Tapjoy’s incentivisation scheme.

“It can also be a significant source of revenue for developers trying to monetise the vast majority of their user base who aren’t paying users.”

This is because developers who host such offerwalls in their apps earn more than if they just had standard banner ads.

Give me a spotlight

In addition, Chung argues the rise of popularity of such systems merely underlines the ongoing problem of getting your app or game noticed.

“There are some fundamental issues with discoverability on the App Store which don’t have an elegant solution yet,” he says.

“Obviously, Apple has done a lot of good things compared to the old mobile carrier models; now listing the top 300 apps on the App Store instead of just the top 50 is a move in the right direction, but it doesn’t fundamentally change the problem that only a very tiny percentage of a very, very large and very, very quickly growing library of applications is getting enough attention to make Apple’s ecosystem viable for developers.

“I think there’s plenty of room for companies to do something innovative to solve that problem, but it’s looking like Apple has decided that even though this issue hasn’t been solved, incentivised installs isn’t the best answer.”

The real issue now is that the only alternatives tend to play to the strengths of well funded publishers, who can afford large advertising campaigns, have access to brands or other marketing initiatives, or already have a network of millions of active users to whom they can cross promote.（source:pocketgamer）

Though its implementation of in-app purchases might have courted controversy, Capcom has enjoyed an undeniable amount of success and cash since it made social smartphone development a priority in 2010.

In particular, the company has made significant inroads on the North American and European markets with key mobile releases – Zombie Cafe, Lil’ Pirates and Smurfs’ Village collectively amassing downloads of more than 15 million.

Indeed, it’s made so much money the company is now setting up what it calls “a second brand for the development and distribution of original mobile content outside of the company’s celebrated intellectual property.”

Instead Capcom will rebrand its US and Canadian Capcom Interactive operations as Beeline Interactive USA and Canada, also setting up a new Asia outfit.

“The market for video games has undergone dramatic changes in recent years,” the company said in a statement.

“The pace of change has been particularly fast in the mobile game market. Advances in the performance of cell phones along with the emergence of social networking services have attracted users in all areas of the world who had never before played a video game.”

Capcom believes the key to achieving the level of growth required is to focus specifically on the mobile social market.

Making a Beeline for success

One major target for Beeline will be targeting Asian markets.

But this is no token gesture – Beeline’s long term aim is to give Capcom a solid, second revenue stream, and a major hand in the smartphone market of equal priority to its existing, traditional console and PC gaming business.

“The content and target markets of these overseas social games, distributed mainly by subsidiaries in Europe and North America, are very different from Capcom’s conventional video game operations,” the company added.

“As a result, the overseas social game business must be differentiated from the Capcom brand. Capcom believes that this brand will help better appeal to the desired target market and help maximise the earnings of the entire Capcom Group.”（source:pocketgamer）

5）We’ve seen our fair share of reports and studies over the last year which show Android’s market share on the rise.  With each quarter that passes another survey comes out telling us that our favorite platform is doing better than the competition.  At some point all this Android momentum has to catch up and push the install base beyond Apple, right?  According to Horace Dediu of asymco, this could happen within a year.

Using data that starts from the launch of both Android and iOS platforms, Dediu plotted the known activations across each quarter.  Four years in, Apple has around 191 million cumulative users whereas Android is at 83 million after 31 months.  Factoring in the impressive growth rate and doing a bit of math, the Android install base should overtake Apple at some point in the next twelve months.

To be fair here, this takes everything as it is today and assumes nothing changes.  We have no idea what either company or platform will be doing six months from now, nor what sort of options are available to customers.（source:androidguys）

Spacetime Studios is celebrating the one year anniversary of their popular MMO game, Pocket Legends, with a terrific promotion.  Starting today and running through May 4th, new and existing players can access all main premium areas at no cost. At three million downloads and counting, we can imagine lots of you guys running around places like The Ancient Swamps and Balefort Sewers over these next two weeks. Further, Spacetime Studios has also spruced up each town with anniversary decorations with items such as balloons, streamers, and of course, birthday cakes! As as excited as we are about the news, we can’t help but think that founder and Chief Vision Officer Cinco Barnes is a tad more amped up. Hit the break to watch Cinco LOCO in a clip that hearkens back to those 80′s commercials where ‘everything must go’!（source: androidguys）