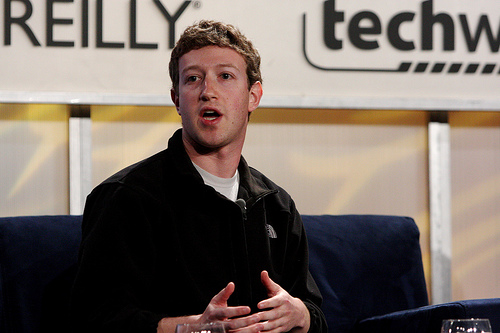 The social era of computing has produced three multi-billion dollar companies: Facebook, Twitter and Zynga. As light is increasingly shed on the formation myths of Facebook and Twitter, a lot of new information casts doubt on the ethics and motivations of their respective founders. It is ironic that Zynga has had no such drama, since the company’s founder Mark Pincus has been lambasted for being unethical due to what TechCrunch dubbed “ScamVille”.

Was ScamVille really a scam? There is no question that the offer ad networks like OfferPal that Zynga was using were shlocking uninstallable toolbars and illicitly signing people up for mobile subscriptions. However, numerous major Fortune 500 companies were also using scammy offers at the time, which TechCrunch itself later noted. As I have written before, TechCrunch has a repeated inclination to quash people’s reputations with tabloid-style posts. For the technology audience, “Marc Pincus is running ScamVille” is a whole lot more interesting than “1-800-Flowers, Orbitz and Pizza Hut are running scammy offers.” Many are left with the impression that Pincus is a scam artist, and the entire saga is branded ScamVille as if it were a Zynga property such as FarmVille or CityVille.

Yes, Pincus did in fact say that “he did everything horrible in the book” to get revenue. By horrible, he did not mean backstabbing people, arbitrarily chucking cofounders, and such. In fact, what he did was hustle, and hustle through one of the biggest economic downturns in the history of business. He did indeed use offer networks at the same time that they were popular with large reputable companies. He copied competitor’s games. He stole talent out of established gaming companies like EA. He replaced or demoted several executives as the company grew quickly.

The type of hustling Pincus did is now considered de rigueur for startups, with Dave McClure now stating that the perfect startup has a hustler, a hacker, and a designer.

In sharp contrast to Pincus, the founders of Twitter and Facebook are facing a continuing barrage of ethical questions. Last week, Business Insider revealed that Twitter had a largely unacknowledged co-founder, Noah Glass. It’s become apparent that while Jack Dorsey may have invented Twitter, Glass and Florian Weber were also instrumental in its creation. They could have just as easily worked on the project in their off hours and started a company on their own. Instead, they took it to the management team at the failing Odeo which was desperately looking for something new to do. It’s now reported that Ev Williams took the idea and early product, told their existing investors it wasn’t showing much promise, spun it out, unceremoniously dumped Glass, and quickly pushed out Dorsey. After those reports, Williams himself acknowledged that Glass “never got enough credit for his early role at Twitter.”

Twitter clearly stagnated without its true founders, and years later still does not properly embed photos and videos like Facebook does, and following a conversation thread is so painful that it is not even worth doing. Currently, Twitter is a primarily a broadcasting platform with very few active users. Lest I get flamed by Twitterphiles, newly returned Jack Dorsey’s plan to reinvigorate Twitter is to make it usable by normal people.

The lawsuits around Facebook’s formation keep piling up and it such a drama that it led to an award winning movie. Paul Ceglia is suing since he claims he funded the company in its early days but was cut out when it was reincorporated.

So why does Pincus get such a bad rap? There is no question that Zynga seriously annoys at least some members of the Silicon Valley digerati, myself included. Zynga is a Hollywood-style, hits-driven entertainment company whose target customer lives in the flyover states. So much so that Zynga has recently added Hollywood heavyweight Jeffrey Katzenberg to its board. There has long been a battle between Silicon Valley-based platform companies and Los Angeles-based entertainment companies, and Zynga is an LA-style company right in Silicon Valley’s backyard. Copying titles? Happens every day in Hollywood, as evidenced by the recent slew of vampire movies.

I am not saying that Zuckerberg and Williams are scam artists or unethical. Zuckerberg was very young and immature. Williams was under great duress through the collapse of Odeo. You can read the accounts and decide for yourself. However, I am questioning the taint that has followed Pincus. Given what we now know, which of the three would you rather be a cofounder with — Zuckerberg, Williams or Pincus? I know who I’d choose.（source:venturebeat）