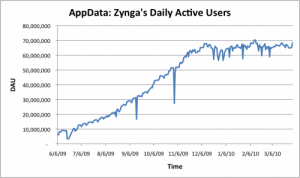 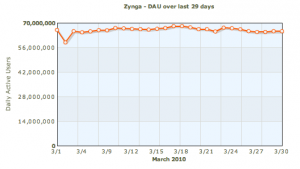 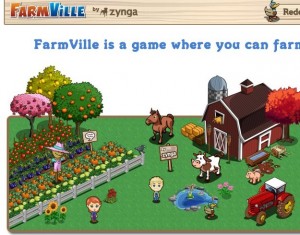 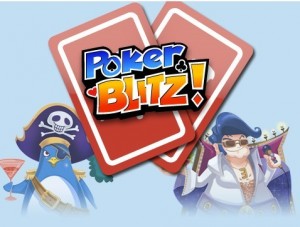 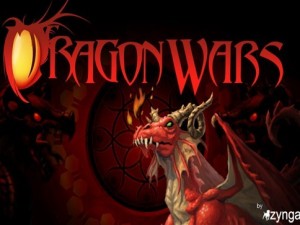 Zynga’s traffic has been a fascinating trajectory over the last year or so. The company was a relatively normal-sized game developer from when it began working on Facebook’s platform in 2007 to July, 2009. Then, all of a sudden, growth started going up.

Here’s a closer look, using data from our independent AppData app-tracking service. Zynga had 52.6 million monthly active users (MAU) and 9.35 daily active users (DAU) at the end of June. It shot up over the following months, starting with its hit game FarmVille, eventually reaching 239 million MAU and 63.5 million DAU by the end of the year. That’s MAU growth to 3.5 times more than its July starting point, and DAU growth to more than 6 times then, with its year-end number of daily actives actually more than its number of monthly actives it began the growth period with.

Intriguingly, the company’s traffic numbers have stayed relatively flat since then. This suggests that the company decided to call a halt in 2010 to whatever tactics it was using to grow. It has the same number of MAU today as last year, at 239 million. Its DAU has averaged a little higher since then, and is now coming in at around 68.5 million.

We don’t have the so-called “Zynga Playbook,” （zunga剧本或者zynga奇迹）but we’ve been following social gaming and Facebook’s platform for years, so here’s some of our observations about these growth patterns.

Zynga had a fast growth rate from September, 2008, (when we began tracking the company) all the way to July, 2009. The company had 16.9 million MAU at the end of that September, and steadily grew over the course of the fall, reaching 23.9 million MAU by the first day of 2009. By April, it was already vying for the largest developer title on Facebook. From there, it gained around 30 million more users before July.

What Zynga did in late 2008 and early 2009 set it up for its later growth in terms of user base, revenue streams, and knowledge. During this time, the company was refining early hits like Texas Hold’Em Poker and Mafia Wars（poker系列、wars系列、ville系列属于zynga家族的主力游戏成员）. The former game made a lot of money and the latter did, too, but it also served as a “public laboratory” for basically any new type of feature that Zynga wanted to try out in other games. 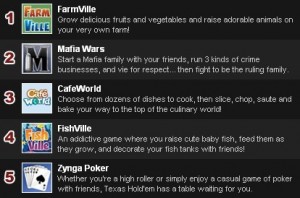 By March of 2009 rumors were beginning to leak out about the company’s revenue. Over the course of that winter, estimates put its revenue run-rate for 2009 at $50 million, then $100 million. (Eventually the rumored numbers climbed much higher, given its later growth, and we estimate the company made well over $200 million by the end of last year.) It was helping to create an entire industry around virtual goods monetization, as we covered in detail at the time.

Even though Zynga had been busy experimenting with traditional games like poker and “X Wars” role-playing games, it had begun branching out. It had bought Facebook simulation game YoVille in July of 2008 — a game that many developers had been noticing, because it was bringing in so many daily active users that it could monetize through virtual goods. The app continued to grow, going from nearly 2 million MAU at the end of September, 2008 to 7.81 million by the end of June. Meanwhile, other simulation games began to get big, too, including ones from Playfish, and Slashkey’s Farm Town, which pioneered virtual farming on Facebook.

Zynga had figured out some other tactics, too. It did things like optimize app communications for the version of the news feed that Facebook introduced that spring. . And it figured out that it could make money on games through advertising them on Facebook.

When it launched FarmVille at the end of June, it poured in everything it had — cross-promotions, communication optimization, ads, game mechanics, etc. FarmVille’s traffic exploded. It kept expanding its headcount to keep pace, putting more than 100 people on FarmVille alone eventually, and hiring hundrds more to handle various aspects of its operations.

Zynga also used the new users and revenue from that game to in turn help all of its other applications grow. It launched a string of other simulation games that fall: Café World, FishVille and PetVille. Each of these games in turn saw massive growth numbers, and became either category leaders or top rivals to other game companies. Along with FarmVille, they comprised the majority of Zynga’s MAU and DAU growth in the second part of 2009. But as we’ve noted, each one grew somewhat less than the last.（后面的每一款游戏都没有farmville那么经典和热门，并且zynga开发的游戏以poker系列、ville系列和wars系列居多，创新性并没有前期那么充足，出现瓶颈也是在所难免，点击了解zynga在facebook上面的游戏总表）

Zynga has been quiet on the product side in 2010. Chief executive Mark Pincus alluded to strategic changes in an interview with us at the end of last year:

I feel that social gaming today is where Friendster was at the beginning. Yes, it was popular, but people didn’t use it, they talked around it. You went to bar and talked about it. But the amount of interaction inside wasn’t that high. Facebook took it to next level, with features like pokes, the news feeds, the wall for user profiles. Communication with your network was on the network.

I think that social gaming is in a similar place. In the next year to two years, it needs to be more about real user interaction and communication inside of the gaming experience. Today, its very hard to communicate with friends in FarmVille, but people talk about it at the bar, in dorms, on Facebook, and everywhere else. In 2010, they should talk about it in FarmVille.（社交游戏内部的即时沟通平台，在这之前看起来更像是一种哑剧行为。国内的百度农场或者开心农场（试玩开心农场）也有同样的问题，用户没办法直接在线交流。）

The company has continued to churn out new features for its biggest existing games, but the only new title it has launched this year is Poker Blitz, a simplified version of Texas Hold’Em. The company hasn’t built a synchronous game, since the original poker game, so the move was surprising. It suggests that the company is experimenting with how to make synchronicity work better in a social environment, and thereby provide more of the experiences that Pincus talked to us about. Since launching at the beginning of the month, though, the app has seen respectable but relatively slow growth. It passed the 1 million MAU mark today, with around 180,000 DAU.

Given what Zynga did last year, one gets the sense the company decided to make 2010 more like 2008 than 2009 — a year of experimentation, as it tries to figure out how to position itself for the next wave of social games, whatever that might be（每家开发商都在思考怎么在社交环境中去捕获用户的心，但是没有过去的模板可以套用，就像zynga一样，他们需要更多的试验和尝试才能真正明白下一阶段用户究竟需要什么）. There’s no clear genre of game, like simulations, that is obviously available for it to focus on. Pincus will be telling us more about what the company is up to in just a few weeks, as he’s keynoting our Inside Social Apps 2010 conference happening on April 20th in San Francisco. Stay tuned.