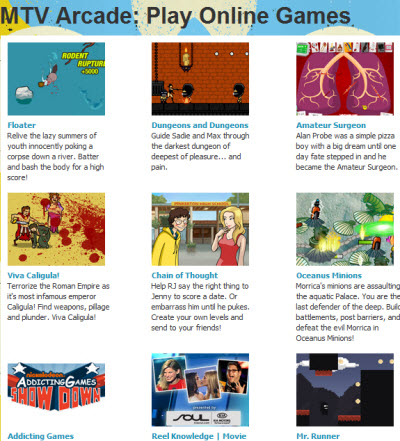 Using Social Express, MTV Networks will develop social games based on original shows from MTV, Nickelodeon, and other Viacom-owned brands, said David Williams, senior vice president and general manager of games in the Nickelodeon Kids & Family Group, which is part of the MTV Networks division within Viacom.

The acquisition is part of a big trend in social games, where the market is so hot that it is attracting the attention of the biggest game makers, media companies, and entertainment giants.

“This industry is becoming more mature, and it is natural that, with so many choices for consumers, the brands will rise to the top,” Williams said. “We are incredibly bullish on the long-term opportunity in social games.”

San Francisco-based Social Express is a stealth company founded in 2009 by social game veterans Tony Espinoza and Neil Souza, formerly of Zynga. It has 10 employees. Williams said that Viacom’s game divisions have been contemplating moves into social gaming for months and that talks with Social Express began after the startup’s founders approached the company seeking to build games around its properties. Meanwhile, Nickelodeon’s AddictingGames casual games division was doing its own investing, launching a virtual goods platform for free-to-play games in May. Williams sees that effort as complementary to what Social Express is working on.

The first games built by Social Express with characters from MTV and Nickelodeon properties will appear in the third quarter. Williams said that Social Express is also making a platform that can be used to publish the games of independent developers on the web. The initial targets for Social Express games will be Facebook and the web. The deal was sealed in the last few weeks.

“Social gaming is one of the biggest drivers of the explosive growth in social media – it’s fun, it’s engaging, and it’s shareable,” said Judy McGrath, chairman and chief executive of MTV Networks. “Social Express brings us strong experience and know-how in this burgeoning space, which we’ll supercharge with the intellectual property and scale of Nickelodeon and other MTV Networks brands to create great new social gaming experiences for our fans and cool tools for independent developers as well.”

“They are very hard at work on our IP, and we’ll talk more about that in the coming weeks,” Williams said. “They have spent the last year or so building a platform that allows for the rapid deployment of games. That’s one of the things we liked about them.”

MTV Networks’ game sites attracted more than 22 million unique visitors in May and thus ranked as the No. 1 destination for online games, according to comScore. The sites include AddictingGames.com, Shockwave.com, Nick.com Games, Nick.com Arcade, Neopets, GameTrailers, and Xfire.