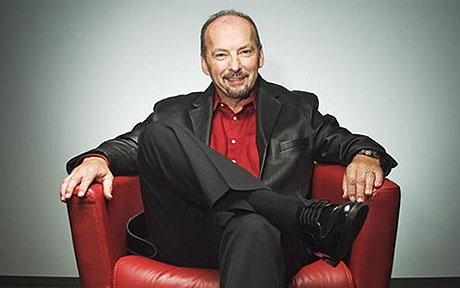 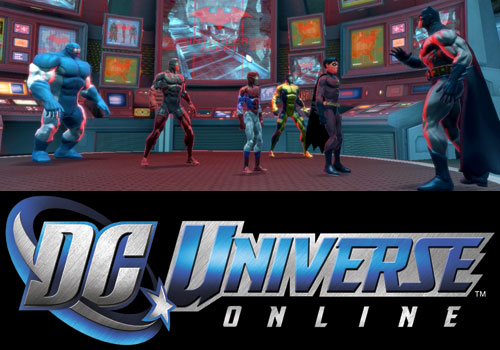 1. Peter Moore runs EA Sports, the huge sports game business of Electronic Arts that sells games in the tens of millions. But Moore said in a speech yesterday that EA is expanding as fast as possible into the new world of digital online games.

As gamers expand their numbers and move to all kinds of platforms, disruption is coming to the traditional console game makers, who must either adapt to the new world of social and mobile games or die.

At EA, executives refer to the changes as Gaming 3.0, and Moore says the disruptions coming for traditional business models in the next few years will be the biggest that the video game industry has ever seen. They resemble the changes that the music industry faced with the rise of Napster and are reflected in the rapid rise of digital movie distribution companies such as Netflix.

Game companies have to respond to this change with new business models, such as free-to-play, where gamers can play for free and then pay real money in small amounts for extra privileges or virtual goods. Downloadable content for console games is turning those games from products into online services that can be more frequently updated. Other options for business models include downloadable mobile, ad-based, or subscription fees. With all of those options, digital game businesses now add up to 45 percent of the total industry revenue in 2010, compared to 31 percent in 2008, Moore said.

“The consumer starts a behavioral change and their demands change,” he said. “We are seeing that now with Netflix. Blockbuster Video is close to being put out of its misery. In a resistance to change, they wanted to hang on to the concept of building massively expensive retail locations.”

What will happen to the $60 game as free-to-play business models hit the industry? The change will be good, he said, because it will lead to an expansion in the number of gamers and a flowering of new types of content. It also helps games take off in countries where consumers can’t afford $60 games.

The ultimate nirvana will be when the $60 price melts away and consumers start paying a continuous subscription fee for games that are regularly updated online. (Source: Games Beat)

2. A new computer game to educate children about cyber wellness was launched on Friday at Holy Innocents’ Primary School.

Headed by the National Crime Prevention Council (NCPC), the game “Cyberonia” is the first of its kind in Singapore.

The online game allows children to build their own houses, factories and recreational centres, while taking care of their citizens. While playing, children will be quizzed on topics such as gaming addiction, virus protection and proper online etiquette.

The concept of the game came about from a survey conducted by the NCPC in 2008. The survey of over 1,500 students aged 12 to 15 years old found that while youth in Singapore were tech savvy, their awareness of safe and responsible online practices was very low.

Some of the findings included not knowing how to restrict access to their personal information and accepting strangers as friends.

The game is targeted at Primary 5 students because the NCPC feels this is an age where most children start using the Internet often.

NCPC council member Lum Hon Fye said: “The internet is here to stay. Children, whether they like it or not, will have to use the Internet for research, for their school projects, for many things.

“Since this is so important to them, we need to teach children how to navigate the Internet safely. And we need to do so before they get too deep into it”.

Cyberonia will be rolled out in all primary schools in Singapore by the end of the year. It will be made available to each school for a period of two weeks. (Source: Channel News Asia)

3. Facebook integration isn’t exactly a new thing for MMOs these days, but it’s not often that you can use it to outright pay less money for a subscription. But that’s what Mortal Online is experimenting with, offering players of the game a discount based upon their friend counts. Of course, there’s a slight catch — said friends can’t themselves be players. The integrated application will also announce your major achievements to your friends, making it a clear method for players to show off the game they’re enjoying and give it a bit of advertising to boot.

The discounts, naturally, are a nice incentive. A maximum of 1.25 EUR will be deducted from the subscription price if you have 750 non-playing friends, but even five non-playing friends will net you a 0.25 EUR reduction. The discount begins to apply 12 days after you link your account, meaning that new players to the game can enjoy the discount right from the start. It’s money off and a chance to show off what you’ve accomplished, and that should be enough to win over almost any Mortal Online player with a Facebook account. (Source: Massively)

4. Apparently Tretton had been misinformed about the Japanese disaster’s effect on production, as Sony has now refuted those claims, explaining that the NGP’s production hasn’t been impacted at all. Speaking with the Wall Street Journal, Sony spokesperson Satoshi Fukuoka clarified that the company currently sees “no impact from the quake on our launch plan.”

So those worried about having to wait a few more months to play Uncharted on a handheld device can now relax, since it appears that Tretton’s concerns were unfounded. But for those of you who prefer to play your HD titles on an HDTV and fail to see the practicality of a console-quality handheld, recent comments made by Sony concerning the device’s potential could be of interest.

Anyone who has been paying attention to the games industry knows that MMOs are a hot commodity at the moment, and a successful one is a literal goldmine. With Sony having already accomplished the seemingly-impossible task of bringing an MMO to consoles with DC Universe Online, the company may have a brand new chance to do the same with the NGP.

John Smedley of Sony Online Entertainment – the minds behind the game – recently spoke to GamesIndustry.biz about the changing marketplace for MMOs, and the new access made possible with the NGP.

Facts are facts, and there’s no denying that the free-to-play business model works. Lord of the Rings Online saw their profits triple by offering the game for free, and Angry Birds is proof that low-price games don’t have to be lacking in polish. So while Smedley’s statements may just be speculation, there’s no question that a pocket-console capable of offering high-quality MMO gameplay on the move could explode in popularity. (Source: Game Rant)

5. Minecraft’s been one of the biggest success stories ever in the video game medium. The sprawling browser-based game’s mostly the work of one man, indie developer Markus ‘Notch’ Persson, with more than 6 million people registered. It’s become wildly popular over the last year, so much so that Paypal froze Persson’s account on suspicions that all the money coming in was part of a scam.

The title give players virtual plots of land and blocks where they can build anything they can imagine. Users have built functioning computers, replicas of the Starship Enterprise and, inevitably, homages to other games like Halo. Still, hardcore fans have complained that they want a full release of Minecraft. They’re finally going to get it. Persson just announced that the game will be out of beta come November 11, 2011.

As part of Minecraft’s continuing evolution, Persson says the game will be adding new localized weather effects like snow and thunderstorms. There’s no word on how they’ll affect the building process or the game’s monsters, but chances are these features will only make Minecraft more unpredictable and addictive. (Source: Techland)