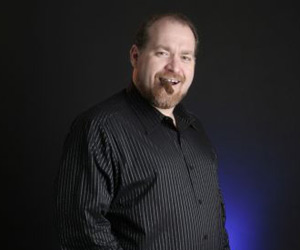 Facebook, the biggest gaming platform in the world with nearly 500m members, will inevitably “screw up” its position, according to the president of rival social network  Hi5.

In an FT interview at Hi5’s San Francisco headquarters, Mr St John said Facebook was showing all the signs of making the same mistake over social games as portals like Yahoo made with casual games in the past.

“WildTangent,  Real Networks and Big Fish [specialised casual gaming services] are immensely grateful that Yahoo screwed up gaming and gave us their audiences. Facebook will do the exact same thing,” he said.

“Facebook stumbled onto a really exciting new gaming phenomenon and they’re going to walk away from it or accidentally screw it up,” he predicted.

The outspoken president’s argument is that Yahoo failed to exploit gaming when it became the biggest platform for casual games because it did not see it as part of its core business. Its lack of attention to the business allowed companies dedicated to casual gaming siphon its players and grow their revenues.

“ Yahoo still has little old ladies playing checkers, but does not have high monetisation and specialisation,” he said (Yahoo Games had 19m monthly users in the US when it was overtaken by Zynga a year ago, according to the comScore research firm).

Similarly, Facebook will make missteps because it wants to be a general-purpose social network and will not focus properly on gaming, leaving it to more specialised companies like his own Hi5 to produce winning models.

Hi5 has focused on games and entertainment and Mr St John’s appointment six months ago was a key one in its shift from being a general social network.

The president also predicted the demise of social games that attract millions of players a day on Facebook.

He said they were popular because of their virality and use of the  social graph – the relationships between members – rather than because they were good games.

“I think you’ll see the death of the games that are viral but have no other substance, which is kind of the first-generation Mafia Wars and Farmville-type games.”

He said Zynga was struggling to expand Farmville beyond Facebook because the game lacked such substance.

Facebook and its game publishers are also failing to monetise social games properly, according to Mr St John, who  acquired Big Six of Austin, Texas in February to add payment processing and other elements of its commerce platform.

“The Zynga and Facebook guys are just scratching the most naive edge of online commerce models. The commerce platform that I built at WildTangent and that Big Six has built are decades ahead in sophistication and capability. It’s rolling out now and we’re going to show the social media industry what it means to really make money from these games.”

most of them coming from outside the US.

The service has cloned Facebook’s APIs so developers can easily port their games to Hi5 and has offered them free marketing and promotion to grow its offering.

“Facebook really isn’t a commerce company or a game company, and publishers cannot adopt portfolio style models because they are dependent on Facebook and can’t control their user experience,” he said.

“Zynga is probably going to have a hard time now,” he predicted,  referring to Facebook limiting notifications in its service that helped spread adoption of games.

“Zynga has to figure out how to separate itself from Facebook and it cannot without a social graph. It has to make a new type of game that doesn’t depend on the social graph, unless it can become a social graph itself, which is very hard to do.”