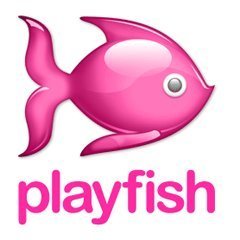 It’s another week of fairly slow hiring amongst the top social game developers based on LinkedIn data.  In fact, even Zynga was slow this time around, out-hired by the folks over at Playdom. Of course, this is due to the company’s recent acquisition of Hive7, but at least we get a look at who is doing what at their new home. Of the highlights, former Hive7 CEO Max Skibinsky becomes Playdom’s Director of Business Development while former COO, Dave Holt, joins as Executive Producer.

* John Coligan – Though already a Financial Manger for Electronic Arts, John officially moves over to the Playfish branch as its newest Product Manager.
* Dennis O’Brien – He joins Playfish as a new Senior Software Engineer. His former experience stems from LeapFrog under the same title.

* Phillip Reagan – Phillip joins Playdom as its newest Flash Developer, coming from a core development studio, Acclaim Games, where he was a Flash Programmer.
* Dave Holt – As mentioned prior, Dave was former CEO of the recently acquired Hive7. He now becomes Playdom’s Executive Producer.
* Ali Tassavor – Also from Hive7, Ali becomes one of Playdom’s UI Developers. His prior role was of the same title.
* Rakibul Hasan – He joins Playdom as a new Software Developer. Before this, he worked at tripperlabs as a Web Developer.
* Vladimir Churyukin – Former Hive7 Senior Software Developer, Vladimir Churyukin, becomes one of Playdom’s Software Engineers.
* Max Skibinsky – Founder and CEO of Hive7, Max joins Playdom as its Director of Business Development.
* Yaroslav Berezovsky – The Hive7 Game Designer now moves into a familiar role as a Playdom Game Designer.
* Ross Stovall – Another absorbed Hive7 employee, Ross becomes a Playdom Software Engineer. His prior role was as a Software Developer.

* Tony Maligno – Tony joins the folks over at Slide as their newest Design Manager. His previous role came from TheBroth as Art Director.
* Ken Seto – Formerly a QA Engineer for Visage Mobile, Ken joins Slide under the same title.

* Paul Stephanouk – Congratulations to Paul as he moves up to Zynga‘s newest Exectutive Producer. Prior, he was a Development Lead and Senior Game Designer.
* Tavinder Wadhwa – Zynga’s legal team expands as Legal File Clerk Tavinder Wadhwa joins, leaving her role as Board Expansion Coordinator at India Community Center.