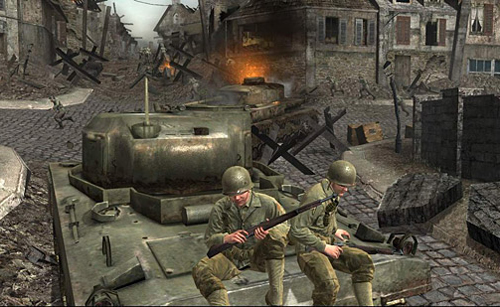 Ngmoco founder and former EA executive, Neil Young says that Activision may soon find itself in a very difficult position if it doesn’t start embracing the new models that the internet has opened up. Young felt that Activision was biding its time, and questioned whether that was really a smart move.

Young said that social and free-to-play games weren’t going to just disappear, and that waiting would only make the problem worse as what you could get for free online was getting better all the time. He added that he could conceive of a time when someone would make a free-to-play shooter that would be a worthy rival to Call of Duty, which could be disastrous for Activision if it wasn’t properly prepared. He made a comparison to the site Craigslist, which generates about $80 million in revenue a year. Craigslist wasn’t an enormous company, he said, but it had still been able to decimate the $1.8 billion classified ads market by having a more up-to-date business model.

He felt that Activision would only rumble to life when it absolutely had to, and then would try to acquire the expertise by buying up another company. Young was skeptical about the potential success of that plan however, saying that there wasn’t anyone that Activision could buy that would allow it to compete properly.

It wasn’t just Activision that was in danger of being left behind either, Young said that most of the big publishers weren’t doing enough to get ahead of changing trends. He was full of praise for his former employer EA, however, saying that of the likes of Activision, THQ, and Take Two, EA was most likely to come out of this market transition in good health. He said that EA had been slowly building its “institutional knowledge” for years via acquisitions and development of different game types, and that would give it the edge in the future.

With Call of Duty breaking records year after year, not to mention making mountains of cash, it feels somewhat unstoppable, but there’s no institution so big that it can’t fail. It’s hard to see packaged games drying up entirely, in much the same way that YouTube hasn’t killed off the movie industry, but if Activision – and other publishers too – don’t move with the times, they could find themselves in a much more tenuous position than they ever imagined.（source:escapistmagazine）