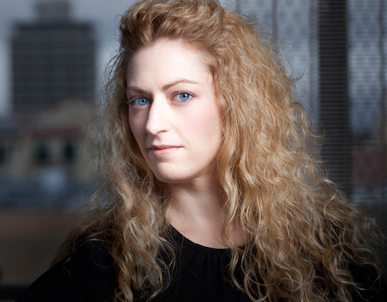 Are Games Good for You?

Jane McGonigal has a message: games are good.

Last Friday, the computer game designer defended the merits of gaming in her keynote at the second annual Penny Arcade Exchange (PAX) East games festival in Boston. PAX East drew some 69,500 attendees from across the country to the Boston Convention Center for the sold-out, weekend-long celebration of board, computer and video games.

“For years, we’ve been told that games bring out the worst in us. But could it actually be that games bring out the best in us?” she asked her audience—which seemed to be mainly men in their twenties, but also families and teens, some sporting costumes based on game characters. “Is it possible that rather than distracting us from real goals, that games can be a springboard to real-life goals?” The answer, she went on, is yes. Games evoke feelings of motivation, engagement, creativity, achievement, social belonging, and ultimately happiness, emotions that can be channeled into real-world pursuits, according to McGonigal.

Her keynote comes at an apt time. While McGonigal has been championing games for years, only recently have game dynamics and “gamificiation” become buzzwords beyond enthusiasts (games provided the theme of this year’s SXSW keynote, for example). Designers are using gamification for everything from encouraging healthy behavior to teaching safety awareness to kids. And with the boom in smart phones and social networking, the number of people who play casual games like Angry Birds or Farmville continues to grow.

“There are a lot of people who look at gamers and they worry,” McGonigal continued. “There’s this weird, horrible stereotype about gamers that we’re not good at life.” But people who play games, she argues, regularly experience productivity, cooperation, optimism, and resilience–feelings which can lead to genuine happiness in their everyday lives.

McGonigal, who is the Director of Games Research & Development at the California-based Institute for the Future, went on to illustrate the positive effects of gaming: people who regularly played Guitar Hero and Rock Band were inclined to pick up an instrument they didn’t know how to play; children, after playing a cooperative game like Super Mario Sunshine, were more likely to engage in cooperative behavior. The list goes on: a study out of Stanford University showed that people who controlled avatars that they felt were socially confident became more confident in real life, while soldiers who spent 3-4 hours a day playing Halo or Call of Duty in Afghanistan had low rates of post-traumatic stress, domestic violence and suicide after returning home.

A game is a voluntary task ridden with obstacles where participants must achieve some goal, McGonigal writes in her recent New York Times bestseller, “Reality is Broken: Why Games Make Us Better and How They Can Change the World.” “Gaming is the ultimate work,” she said during the keynote. “It’s work we chose for ourselves; it’s work we want to do that motivates us and brings us together with our friends.” There are, however, some caveats. For example, she said that the positive benefits of gaming don’t work if gamers play more than 28 hours a week.

I caught up with McGonigal during her book signing and asked where she thought games would have the biggest impact. “Definitely healthcare,” she told me. During her keynote, she had discussed how coming up with a game had helped her through a difficult time recovering from a bad concussion. Rehabilitation games that help a person get healthier and keep a positive outlook will be big, she suggested. (Source: Technology Review)