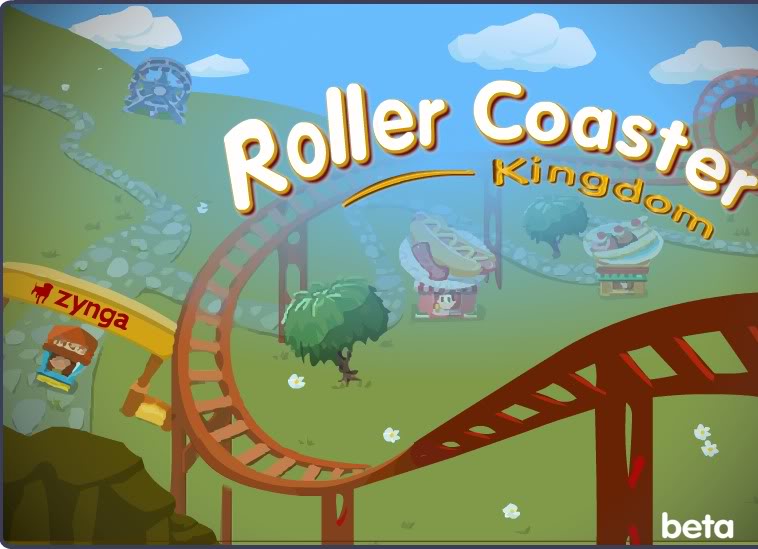 Players who log into Zynga’s game Roller Coaster Kingdom  today may be granted with a popup message alerting them that the game will be closing its doors on June 29th 2010. At its peak, Roller Coaster Kingdom had around 15 million monthly active players back in November 2009, but over the months have slid down to just over 1 million players per month. The text of the closing message is as follows:

We regret to inform you that Roller Coaster Kingdom will be closing its doors on June 29 2010. The new bloodthirsty managers who are taking over want the entire park for themselves! Someone should tell these boys to get lost!

The new managers hope you will share their taste in fun, and encourage you to check out Vampire Wars! Click Accept to Play!

Anyone who plays Roller Coaster Kingdom may not be surprised that it will be closing; people have been asking if the game is dead since February. Many players state that the game has gone downhill because it has had little developer feedback in the past few months. While 1 million monthly active players may be a low number on Zynga’s terms, most game developers on Facebook will not even come close to that kind of traffic. It’s apparent that the revenue coming in from Roller Coaster Kingdom wasn’t paying the bills to continue supporting the game.

Interestingly, it appears that Zynga are heavily pushing players over to Vampire Wars, a game that isn’t doing spectacular either. At one point, Vampire Wars was up over 4 million players, but is now hovering around 2 million. If you had purchased Coaster Cash, the above message in Roller Coaster Kingdom will offer you Favor Points in Vampire Wars for clicking “Accept”.

This is the first game that Zynga has sunsetted, and June 29th will be a disappointing day for the 60,000+ people who were playing it every day.