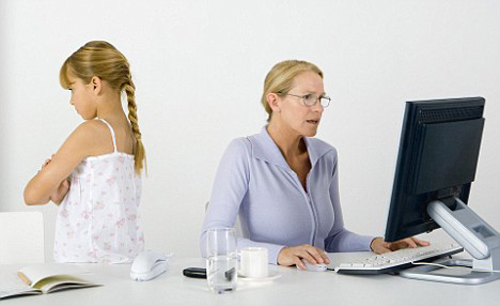 STUDY: Moms Over 40 Have More Facebook Friends Than Their Kids Do

A survey of more than 2,000 mothers over the age of 40 found that a majority have more Facebook friends than their children, and that they know how to better take advantage of their presence on the site.

The U.K.’s Daily Telegraph reported the study, without including key like which journal published the findings and exactly how many mothers over 40 have more Facebook friends than their children. But the overall claims make sense nonetheless. Women with children younger than college age might not only have their own

friends, but also their coworkers, their children’s friends, and their children friends’ parents among their contacts. Kids, on the other hand, generally have a much more limited social circle until they go to college. They also tend to stick with their own age group. It would be interesting to know, however, which group has more friends they have never met in real life, or that they met online. And who uses it as a dating outlet the most?

Tammi Williams, who conducted the study, told the Telegraph that she created six categories to explain how mothers generally use Facebook. The two most popular groups might surprise you:

* The Feel-Gooders: These are the kind of mothers who actively play games on the social network, and interact with their contacts in a purely social way. They genuinely enjoy the community spirit of Facebook and like to see what their friends are doing. “They get involved in games like Farmville and like sending virtual gifts to their neighbors,” the researcher explained.

* The Do-Gooders: These women use Facebook as a tool to raise awareness on causes and safety issues, and not as a way to reveal or share personal information. An important follow-up survey on this group would be to know how often they share links on news items, and from what kind of sites, as well as what their political or religious backgrounds are. Certainly it seems that they are the ones who would support, for example, safety Amber Alerts becoming standard on Facebook.

Less popular than these two are ones that you’d expect to have the most friends on the site:

* All about me: They use Facebook to show the best pics of themselves, or to boast about their latest achievements.

* Business bodies: They are the most Internet savvy and use social media to network or promote their work.

As I read and thought about these categories, I wondered why the study didn’t take into account how mothers negotiated their Facebook presence depending on whether they were friends with their children and extended family. Also, was there a specific group that was more prone to befriend their children and monitor their activities online, or is this something that all  mothers do on social media?（source:allfacebook）