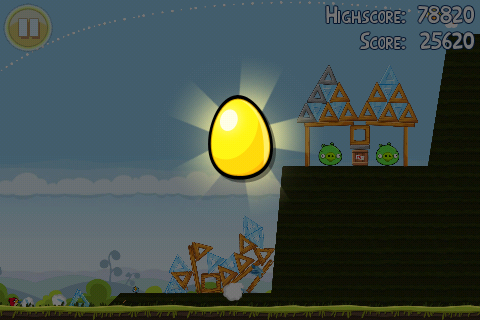 The developer behind the one of the most popular iPhone games ever says he’s getting calls on a “daily basis” from Google and Microsoft to port his games to their platform.

He’s ignoring their requests for now because Apple iOS is the only “commercially viable” mobile platform for him.

We spoke with Joe Wee, the director of Chillingo, the company behind Angry Birds, a $0.99 game, which involves flinging birds across the screen to destroy forts.

Angry Birds has had over 4 million paid downloads, and Joe says it is the “biggest, fastest selling iPhone game,” ever. (The previous king of the App Store was Doodle Jump.)

Joe’s company has been in the mobile game space since 2002. It started out developing for the PocketPC, now known as Windows Mobile. After almost a decade’s worth of experience in mobile gaming, he says there’s no comparison to Apple in the mobile space because “Apple gets what works from an end to end user experience perspective.”

Even though Joe hears from Google on a daily basis, he says he’s passing on it because games for Android haven’t sold in the past. Meanwhile, he’s had six no. 1 games in the App Store, generating big sales.

“I’m sure Google will catch up,” he says, but for now he’s focusing all his efforts on iOS.

His advice for developers trying to make games: 1. Make it accessible, 2. Simplicity is key, and 3. Design it for a mass market.