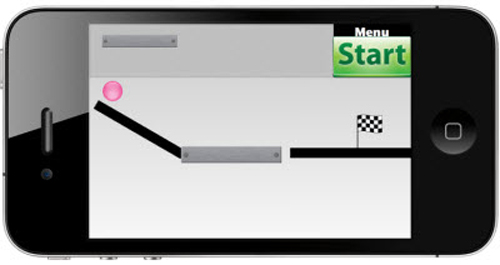 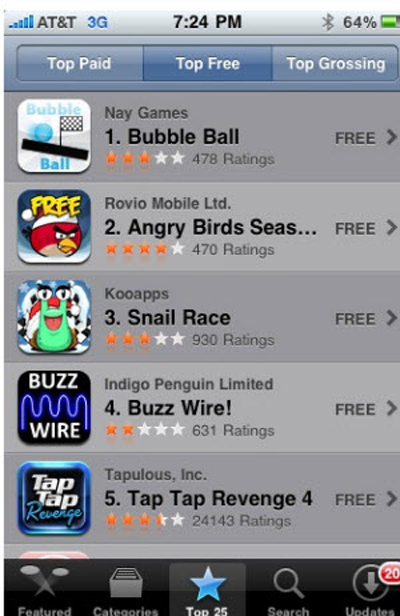 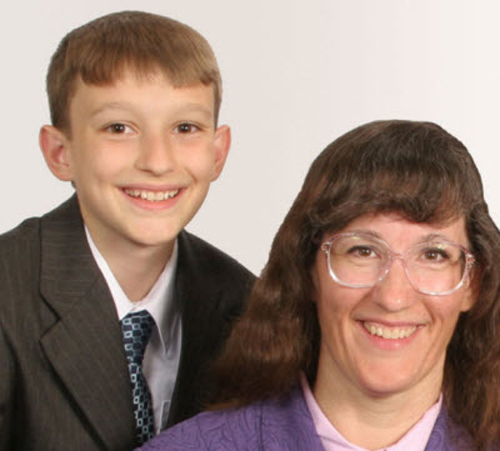 Nay and his mother

Angry Birds and its variants have dominated the top ranks of iPhone games for the past year. But on Thursday, a game called Bubble Ball ousted Angry Birds: Seasons from the No. 1 spot on the App Store’s top free apps list.

Bubble Ball is the work of 14-year-old Robert Nay, an eighth grader in Spanish Fork, Utah, and his mother Kari. Robert Nay managed to take a free version of Angry Birds Seasons — which has  become a cultural phenomenon with tens of millions of downloads — down with his very first iPhone game. On Thursday alone, Bubble Ball (right) was downloaded 400,000 times. Since its launch on Dec. 29, the game has been downloaded 1.5 million times. The top paid app is still Angry Birds.

That’s pretty good for a solo effort. By contrast, Angry Birds was created by a team at Helsinki-based Rovio, which has dozens of employees and has made more than 50 mobile games since 2003.

The iPhone has had lots of hits by independent game makers. But it is still a surprise to hear of a 14-year-old scoring such a big hit. And it shows that being clever still pays off.

Nay has toyed with programming in the past. But he found that creating an iPhone game was easy thanks to tools such as the Corona SDK from Ansca Mobile, which lets users create graphically rich applications and games for the iPhone, iPad and Android. A free version lets users create sophisticated apps such as side-scrolling games with physics effects. A paid $349 version lets you publish to the App Store.

Nay learned Lua, the language Corona uses, which was much easier than doing a game in Objective-C, the programming language for most iPhone games. A number of big game studios such as Electronic Arts and Tapulous use Lua to make sure their games are efficiently programmed.

Nay did the work on the programming and the art and his mother helped him by designing most of the game levels. After being encouraged by a friend to create an app, he started work in November.

The game has bare-bones graphics, where you try to get a ball to roll from one part of the screen to another by manipulating objects such as a stick or a triangle.

The game went live on the iPhone on Dec. 29 and then the Nays uploaded it to the Android Market about a week and a half later. Corona allows developers to create a game and publish it to both platforms.

On Android, the game hasn’t taken off. But it has grown steadily on the iPhone. Ansca Mobile highlighted the game as its “app of the week” last week, and interest in the title kept on  building. At this writing, it’s still No. 1 on the top free apps list.

At some point, Nay says he’ll try to make some money by creating in-app purchases, or virtual goods for sale, inside the game. Ansca Mobile still has to add the feature that will allow the Nays to do that. Once they do, they can start cashing in on all of the traffic and attention that is sure to come.（source:venturebeat）