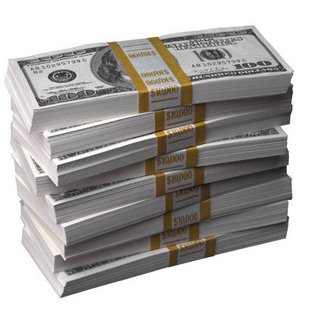 By now, most people in the social gaming industry have heard about “whales”, those players who spend massively on virtual goods and gifts in games like Mafia Wars or Happy Aquarium. Whales have become a significant source of revenue for social game companies, especially in light of the tiny numbers of users, well under 10 percent for almost all social games, who ever pay anything at all.

Payments platform Social Gold has spent a lot of time this year talking about whales, which it has defined as users spending over $1,000. That measurement seems to pose a new question: if $1,000 is the baseline for becoming a whale, how much do the biggest spenders — the pod leaders, if you will — spend?

We checked in with the company to find out. And, well, let’s just say that there are some social gamers out there who really like their games.

Listed above, you can see the top five individual spenders within Social Gold’s network. According to the company, most whales are “pretty single-minded” — meaning that you can assume most of them spent their money in a single, beloved game. And to give perspective, we’ve included the average for all spenders.

The amount these leading whales are paying out looks pretty shocking, but whales are not strictly a new phenomenon. Before social gaming took off, there were casual game players spending profligately on their favorite titles; for instance, several years ago Andrew Busey of Duels.com (now part of Challenge Games, which just got bought by Zynga) told me that his game had attracted a set of hedge fund employees who competed to out-spend each other, paying over a thousand dollars each for armor and weapons.

But social gaming on Facebook has rocketed the casual market into the stratosphere, not only in terms of how many people are playing, but also in spending levels. What’s really surprising about the above figures is not just that someone would pay as much for virtual goods as they might spend on a new car, but that Social Gold tracked these five spenders over a period of just six months, since last November.

So what’s coming for the future? Spending on social games is open-ended, so some of the users who have paid out the most so far may simply continue their habits, racking up tens of thousands more dollars in purchases and eventually crossing into six-figure territory.

We can’t see any more about the five top spenders listed above — digging more deeply might present privacy issues — but the assumption of even larger whales in the future seems safe. The same features of social games that are designed to nudge non-spenders into shelling out a few dollars will also inevitably encourage people with large bank accounts to pour ever more money into their hobbies, even if social game companies don’t encourage extreme spending.

However, while it’s easy to imagine headlines about millionaires reduced to rags by their social gaming addictions, the future will inevitably paint a more complex picture. Social games are headed for real virtual economies, in which virtual goods retain value after being purchased; alongside people who make unwise investments, there will also be some who maintain their habit healthily, or even turn a profit.