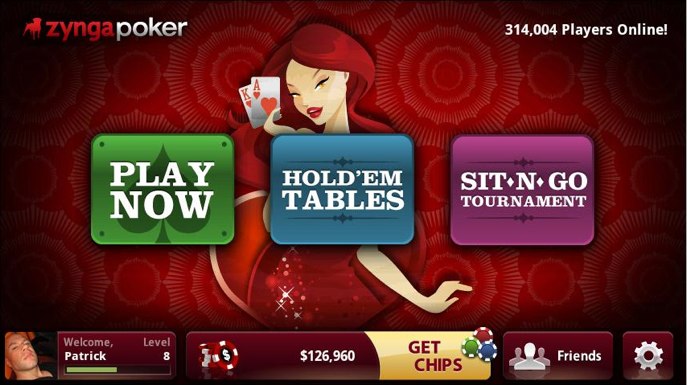 Back in November, we told you that Zynga’s Justin Cincolo had revealed that Zynga Poker would soon be coming to Android devices everywhere, and the time for that launch is now. That’s right, everyone with an Android device will be able to head into the Android Market and download a free copy of Zynga Poker, that can be instantly connected with your Facebook account to allow you to play a quick hand (or 50) on the go, no matter where you happen to be at the time.

To be clear, the app is free, and requires you to sign in with Facebook in order to play. From there, you’ll see all of your Facebook friends that have also been playing the game (either recently or in the past), whether they’ve been playing it on Facebook proper, or on another Android device. From there, you can jump into a room, take a seat at a table, and start betting on hands, just as you would from a traditional desktop computer. How neat is that?!

If Zynga Poker is as successful as other Android, or even iPhone releases that Zynga has launched in the past, this may potentially open up the door for other Zynga games to be launched on the service(s), so make sure to download the game on your Android device to show the developer some support! （Source：Games.com）