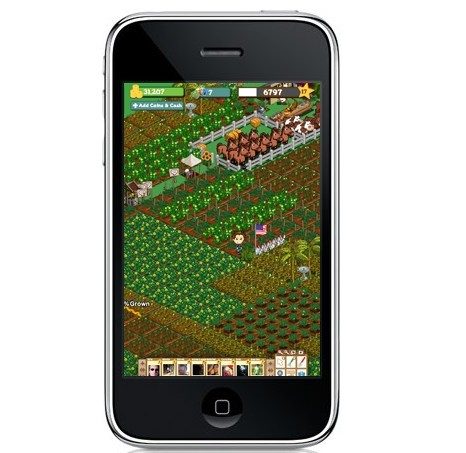 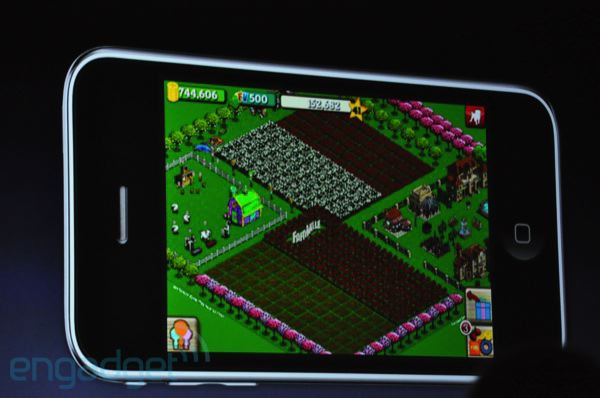 At this year’s WWDC, Mark Pincus announced that Zynga will be bringing Farmville to the iPhone.  There aren’t a ton of details yet, but the game will sync with your Facebook farm so you can play the game anywhere.   Pincus hinted that playing with your hand on the iPhone is great, and also joked that there will be ‘push’ notifications to let you know when your crops are withering.  This is going to be a huge game, without a doubt, and takes Facebook – iPhone game integration to a new place.

It was only a matter of time before Zynga took its flagship property to the iPhone, and that time has come.  The game has 70 million users on Facebook and is one of the best monetizing games on the web.  One of the keys to its success is the simplicity of control, and the iPhone will complement that in a big way.  We look forward to seeing what types of monetization services Zynga uses on the iPhone, but Apple will likely be pushing them to use their API for in-game virtual goods purchases.  There is also no news on whether the game will cost any money.  The plus is that even if they priced it at $0.99, it might be a huge, quick source of revenue.  They may alienate new players that want to try it on the iPhone, though.

Given the news that Zynga recently lost nearly 10% of its traffic in the month of May, they’re clearly making moves to expand their domain.  This, and news of international partnerships are part of that larger strategy.  We’ll be updating this with more news about the game as it’s released, but for now it’s still early and there isn’t much.