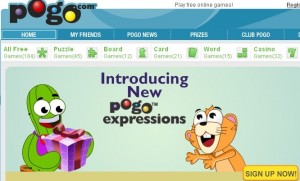 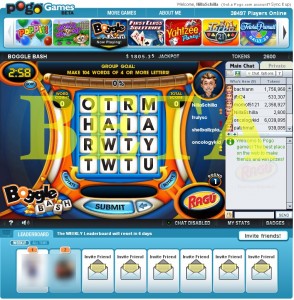 Electronic Arts is bringing Pogo Games to Facebook through a new application, allowing existing Pogo players and new players alike to play on Facebook. The application, which is currently in its beta period, is meant for players to try out the games and social services and send some feedback to Pogo using the Facebook fan page. However we’d expect the company to continue to expanding the Pogo presence over the coming months.

Regarding the new application, Pogo Vice President of Publishing Beatrice Spaine had this to say:

We’re developing an exciting new POGO GAMES application on Facebook featuring 10 popular Pogo.com games across a variety of genres including card, word, puzzle, arcade and board games. In the coming weeks as players begin to check out the new POGO GAMES application, Pogo.com will be collecting valuable feedback during the initial stage of play as it continues to fine-tune the experience leading up to the “official” launch, scheduled for later this year. Full details of the POGO GAMES application game lineup, as well as the expansive community feature set, will be announced at that time. In the meantime, Pogo.com encourages fans to install, play with friends, and share their thoughts.

As players can see from the Pogo Fan Page, there is a lot of activity around the new applications. Pogo is posting information about the games regularly and asking players to try the games and layout and give feedback about what they think, and that includes our readers as well. Check the application out here, and make sure to leave a comment with the team.

Taking a look at the application（测试Pogo游戏Facebook版）, we can see that Pogo is attempting to really increase the number of social elements involved in the game, and areas like “games your friends play” and standard

social leaderboards make the layout pleasant and easy to navigate. Playing games like Boggle Bash, we can see that there are some new multi-player chat options and player profile features that give the application a great sense of community. Seeing that Pogo has included their top games from Pogo.com, the quality of the titles themselves is high and the upcoming titles list looks excellent.

All in all, this is likely to become a direct competitor with Mindjolt Games, and we’ll have to see what else Pogo adds before they take off the Beta stamp. Try the games out and let us know what you think!