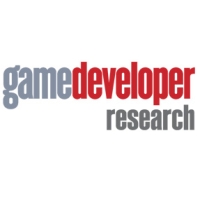 Crunch has long been a hot-button topic in the industry, becoming of the most sensitive quality of life issues for game developers. This year for the first time, Game Developer Research asked developers to quantify how much time they spend on crunch, in terms of both weeks per year and hours per week.

On average, according to research made available exclusively to Gamasutra, developers said they work 39.7 hours per week when not in crunch, putting game developer working hours right in line with the widespread 40-hour standard.

That 55.3-hour week is equivalent to roughly a seven-day calendar week of eight-hour days, or a five-day business week of 11-hour days.

Furthermore, developers said they spend 13.2 weeks per year, on average, in crunch mode, out of a standard 52-week calendar year.

That means that, on average, developers are working the equivalent of about five extra eight-hour, five-day work weeks per year as a result of crunch — meaning the average game developer’s year is effectively comprised of 57 work weeks rather than 52.

The sample for the data contained in this excerpt was a group of 2,630 game developers across all disciplines and demographics.