App store analytics startup Distimo just released its May report, and zoomed in on the average number of days applications across various categories maintain their top rankings in Apple’s App Store. Analyzing data collected from November 2009 to April 2010, the company found that paid applications in the Top Overall, Games, Business and Entertainment categories stay in these categories for 27, 39, 59 and 38 days on average, respectively.

The likely reason: there are approximately three times as many paid apps for the iPhone than there are free ones, so there’s less competition in the gratis segment. 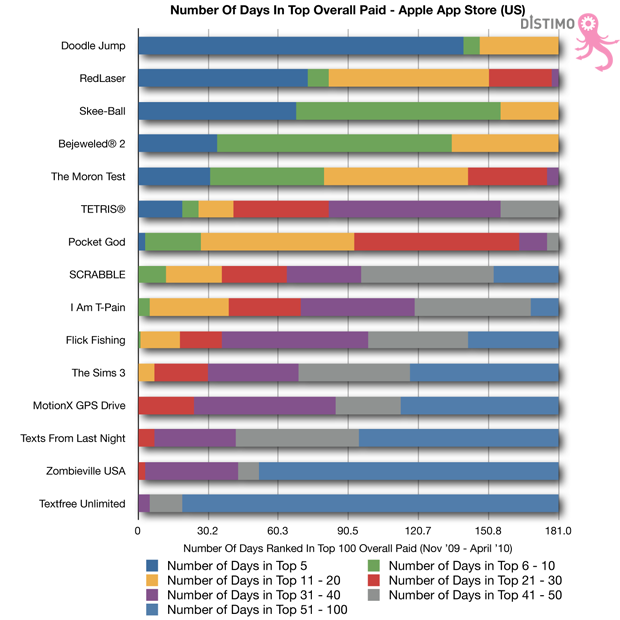